On 22nd April, our students had a great time participating in all the activities that the English Department had prepared for our English Day. Our pupils at primary school had the opportunity of enjoying the different performances our older ones in Secondary and Sixth Form had prepared for them.

In the morning 1 E.S.O. acted out ‘Goldilocks and the Three Bears’, 2 E.S.O ‘In Mrs Jewel’s Classroom, 3 E.S.O ‘Alice in Wonderland’ and, finally a group of students from 1 E.S.O closed this endearing show with a dance.

Our pre–schoolers also had the chance to enjoy some story telling time. The students from 1 bachillerato impersonated the main characters of various  famous children’s books and films such as Cinderella, Snowhite, Aladdin among others. They went from class to class in wonderful costumes
telling the little ones  all those the stories.  They all looked stunning. The pupils in early years and Reception enjoyed each one of them thoroughly. They interacted with them, and even hugged them as they listened to the stories.

In the afternoon ‘The Alboran Spelling Contest’ took place. The pupils in Primary attended the Final contest.  They enjoyed it thoroughly, as they cheered and applauded whilst the contestants spelt word after word throughout seven rounds, after having won the Semi-Finals the week before. The last three very skillful finalists were given a diploma at the end as well as a big round of applause by extremely enthusiastic classmates of theirs. 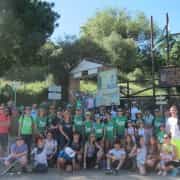 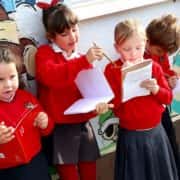 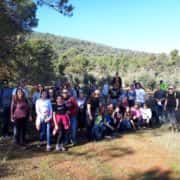 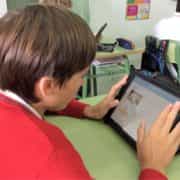 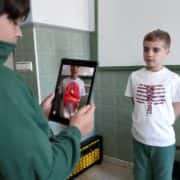